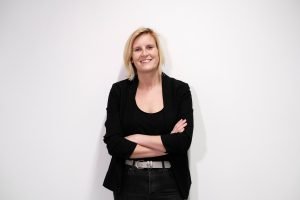 Emily Allbon is a Senior Lecturer at the City Law School (City, University of London), moving into academia six years ago from her previous career in legal librarianship. She is known for her work in developing the award-winning Lawbore resource – a website to support and engage those studying law, as well as for her work in the field of Legal Design. She was proud to launch TL;DR – the less textual legal gallery in late 2019 – which showcases ways of making law more accessible to all.

Her work has been recognised in many ways, both by her previous profession (Wildy/BIALL Law Librarian of the Year 2012) and the academic law community (Best paper in Legal Education and Technology at BILETA 2012, Routledge/Association of Law Teachers (ALT) Teaching Law with Technology Prize 2013). In 2013 the Higher Education Academy named her one of 55 National Teaching Fellows – the UK’s most prestigious awards for excellence in higher education teaching and support for learning. Emily is a Senior Fellow of the HEA.

Camilla Baasch Andersen is a Professor at University of Western Australia. She was previously a Senior Lecturer at the University of Leicester in the United Kingdom, a lecturer at the Centre for Commercial Law Studies at Queen Mary, University of London and before that she was a PhD research and teaching fellow at University of Copenhagen in her native Denmark. She has lectured externally for several universities, including SOAS in London (UK), University of Essex (UK), University of Turku (Finland) and Victoria University (Melbourne, Australia). She has worked with the CISG Advisory Council, and been the National Reporter for the United Kingdom for the International Academy of Comparative Law. She is a Trade Law Expert for UNCITRAL and sits on the UNCITRAL Australian Co-ordination Committee. She works closely with business, government and academia in pursuit of Commercial Law facilitating trade, and has written extensively on the CISG, international commerce, pro-active approaches to law and comparative commercial law. Prof Andersen was the founding co-editor of The Journal of Comparative Law and is a Fellow at the Institute of International Commercial Law at Pace Law School.  https://research-repository.uwa.edu.au/en/persons/camilla-andersen

Professor Lisa Toohey is the Assistant Dean (Equity, Diversity and Inclusion) for the Faculty of Business and Law, and Deputy Head /  Director of Research for Newcastle Law School.  She is a Senior Member of Universities Australia Executive Women Group and an Adjunct Professor at the Faculty of Law at the University of New South Wales.

Professor Toohey teaches and researches in the fields of international trade law, legal design, and dispute resolution.  Her research is focussed on the question of how individuals and groups understand and interpret their rights in order to resolve disputes at international, domestic, and transactional levels.   This includes a focus on how states in the Asia-Pacific region engage with the international trade system and resolve disputes, how mediation can be better used to address multi-issue public international law disputes, how individuals in civil disputes access and interpret legal information, and how legal design can be used as a tool to better facilitate understanding of legal information.  In 2020, she was awarded a Fulbright Fellowship to pursue her research at the University of Texas at Austin.

She has a strong record of service at Faculty and School level, including roles as  Law School Deputy Dean (Research),  Law School Deputy Dean (Academic), Program Convenor,  as a Member of the University of Newcastle Academic Senate from 2017-2019, as well as Associate Dean (Education) and a member of UNSW Academic Board in her previous role at the Faculty of Law at the University of New South Wales.

Prior to academia, Lisa practised commercial law in Australia at Corrs Chambers Westgarth and in Vietnam at Baker & McKenzie, where her practice included WTO law, dispute resolution, and intellectual property and telecommunications.  She has worked across East, Southeast, and Central Asia on dispute resolution and WTO projects funded by the Australian, US and Canadian governments and with international donors such as the Asian Development Bank.  These projects have developed trade law and dispute resolution capacity within the region, including in Vietnam, Azerbaijan and Myanmar, and through work in Australia with visiting delegations from Thailand, China, and Iraq.   She has taught as a visiting professor at the Centre Franco-Vietnamien de Formation à la Gestion at the National Economics University of Vietnam, at Naresuan University Thailand,  at the University of Lausanne, and at the National Taipei University of Business. 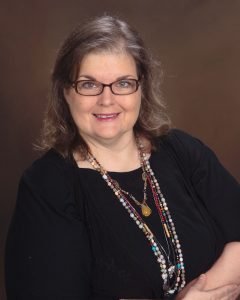 As a legal systems entrepreneur, J. Kim Wright has a lot of roles and job descriptions. Overall, she is about transforming systems, ideas, approaches, locations, and habits in the legal system. She is a connector of cutting-edge lawyers, like-minded professionals, and communities and has a vast global network of lawyers and creative professionals. She watches and showcases trends in the integrative law movement. She is the author of two American Bar Association books:  Lawyers as Peacemakers, Practicing Holistic, Problem-Solving Law; and Lawyers as Changemakers: The Global Integrative Law Movement.  She has contributed to several other books, writes regularly in several periodicals.

Kim innovates in a legal system which serves lawyers, their clients, and the planet. She teaches lawyers, law students, and entrepreneurs. She is a coach and trusted advisor to clients who are changemakers. After a dozen years of being a nomad, bringing change, connection, and humanistic innovations on six continents, she is grounded in one place for the forseeable future, serving as one of the space-holders of the integrative law movement. For more details, see her personal site or find her on LinkedIn.